Don’t change the people, change the environment. Creating a world where you can be who you are @Kizuna Family, Sawa-chan’s Challenge

“Are you expressing yourselves as you really are?


For example, people who are not able to express your true selves at work because they always look up to their boss.
You want to become like your friends who are always in the center of the group, but you’ve given up because you think it’s impossible.
People who are always trying to fit in with others and don’t know who I really am.
You’ve always been able to be yourself, but you want to discover more of yourself that you haven’t seen yet.

Good news for those people. TRPG is a game that allows you to discover a new you, a game where you can find different side of yourself.

In real life, it’s difficult. Your boss won’t change, and you’re afraid of being told, “Oh, you’re such a character? But in a TRPG, you can be anything you want to be, and you can get to experience that!

Why don’t you try TRPG, a super fun and emo experience to meet new you?
After the experience, you will be able to say “TRPG is goooood” without thinking, and I promise you that you will be hooked!


＜If you want to get an image of the game, here! >

Nice to meet you! I’m “Sawa-chan”, the event organizer. .
I’m in my 6th year of university, and I’m trying my best to start a game business called TRPG while taking a break from school.

To all Kizunaya Share House residents across Japan! I know it’s sudden, but why don’t you join me and meet a new you? The “TRPG” game we are going to hold this time is an online role-playing game, but it is very deep. The online game is based on a story, and as you go along, you may find yourself thinking, “What? I didn’t know there was this side of me.” It’s a game where you can discover a new side of yourself! This time, I want everyone to know the fun of TRPG! That’s why I planned this event.

I’m the organizer of this event, and I’m usually a quiet in-character.
But in the world of TRPGs, I’ve become a crazy youtuber, or a scientist with a cool attitude. lol I’m looking forward to meeting people who want to meet me and the new world!

————–
“Discover a new you! Super emo, super hilarious TRPG experience session”.
Beginners are welcome!
This is an online game event with 4 players per session.

How to participate: Please send a message from the official line for Kizunaya residents, saying “I want to participate in the TRPG event. Please note that this is a small-group event, so the date may be adjusted depending on the number of participants.

Kizunaya Family, Sawa-chan's Challenge @ Changing the environment without changing the people. I want to create a world where people can be who they are.

What kind of person is Sawa-chan, the host of this event?
I was very interested in his background and values that led him to become a boardgame master, so Nina, who is also a member of the House family, interviewed him about his passion!
Maybe I’ll join an event? But what kind of people organize what kind of events?
If you are interested, please get to know Sawa-chan, a very unique university student. I’m sure you’ll want to learn more about TRPGs. So here you go!

Nickname：Sawa-chan
Occupation: 6th year university student
Kizunaya family: About 3 months
Dream/Challenge: To create and popularize a place where people can show their true selves through TRPG. 2021: While on leave from school for the second year, decides to start a business with a board game that he feels is valuable.

– Sawa-chan, it’s been almost three months since you’ve been living at HASH (the name of Kizunaya Share House HASH196 / hereafter HASH)! You are already a good character and is loved by everyone. How was your experience at HASH?

I like the feeling that HASH is a place where people can be who they are. It’s like there’s a base that accepts individuality. Also, when I say, “I’m going to do 00! Many people jump in and say, “That sounds interesting! There’s also a good sense of distance, so you can joke around as much as you want. I’m glad I came here.

-Wow, as someone who has lived here for a long time, I’m very happy to hear you say that. By the way, what do you usually do, Sawa-chan?

I’m actually a student, but I’m doing communication design as my job, and I’m researching education and entertainment. If you asked me what I do on my days off, I would say I’m playing some board game, Murdermys (Murder Mystery: an interactive mystery game), and TRPG!

– As expected of a board game master! But I’m sorry, Sawa-chan, I actually don’t know what a TRPG is….

That’s right, lol! It’s a game that’s not very well known yet. To put it simply, it’s a very high quality ” role-playing game”! When you were little, you used to play as a hero and save the princess, or play as mother in a make-believe game, right? It’s like a masterpiece of that. In a TRPG (Tabletalk Rolling Play Game), you share the world with the participants, create your own characters, play the roles, and move the story forward under the direction of the game master! It’s like playing Dragon Quest more actively. It’s really deep… I really want everyone in the Kizunaya family to experience this!


(The HASH family and Sawa chan having fun with board games.)

-What !? That sounds so interesting! I want to try it! By the way, why did Sawa-chan, who is in the education industry, focus on TRPGs? –

Education is all about guiding people from A to B and taking them in the right direction, but I’ve come to think that if they can express the person as they are, then they’ll be happy. That’s why I wanted to create a place where we could be our full selves. I wanted to create a place where people could express their childlike personalities in a way that they cannot in their daily lives. I thought board games would be a good way to do that. And that’s how I ended up with TRPGs.

Great! I also think it’s a happiness just to be who you are. When we grow up, there are so many situations where we have to put up with things. But there aren’t many people who are conscious of their “child-like personality. What happened to you,Sawa chan?

To tell you the truth, I experienced truancy and bullying, which changed me into a person with two personalities: my energetic childish self, and my mature self with super logical thinking. That’s when I started to think about an environment where I can be myself as a child again.

I see. Why is it that you can show your true self in TRPGs?

Because I can play my role as I like, there is nothing that tells me what I should be like, and I can do things that I wouldn’t be able to do in the adult world, such as playing jokes, playing pranks, and messing around. The appeal of this entertainment is that it allows you to return to your childhood without worry. You can do things that you wouldn’t normally do, things that aren’t in character, because it’s a game! You can do whatever you want.

– Sounds like a lot of fun! I want to joke around so much! What kind of people do you want to experience TRPGs, Sawa-chan?

Well, I would say people who can’t or don’t fully express their inner feelings.I want people who have something they really want to express and enjoy it to the fullest. I would also recommend it to people who are having a hard time going about their daily lives or feeling bewildered. When you participate, you can enjoy the moment and release your energy, so you feel refreshed.Not only is it fun, but I can remember my true self because I can do things that I normally can’t do that I subconsciously suppress.

(Families showing their true selves in a lively TRPG)

– You think it’s very important to be able to express yourself, don’t you? I’d like to know what else Sawa-chan values.

What I value is to change the environment without changing the person. It’s important to let the person be who they are, and I try to love them even when they have a dirty side . In this context, as a clown, I want to make life fun for others and fun for myself. It’s not about what is good or bad, but I want to be a person who can break down what is right and natural.

Wonderful! I hope that Sawa’s thoughts like that will reach many people! . 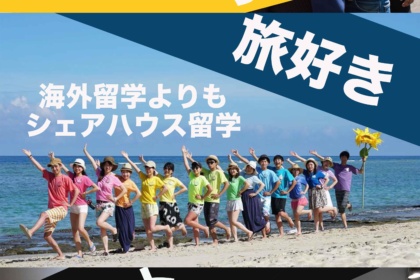 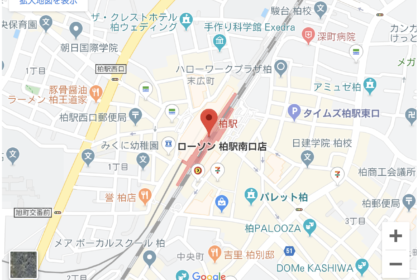 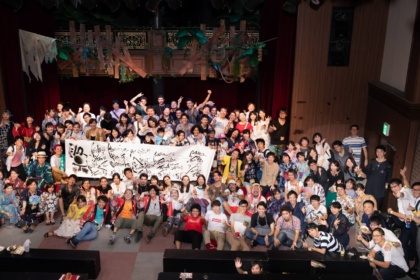